It’s been seven years since our Swift Trawler 34 tackled North America’s Great Loop. The five-month odyssey was documented at TheGreatestLoop.com and remains a valuable planning resource today for those preparing to join the ranks of Great Loopers — a small, but mighty band of cruisers who have successfully completed the circumnavigation of Eastern North America by boat. Since then, we’ve been searching for another adventure, but how do you follow up an epic voyage like that?

Welcome to The Swift Pacific Adventure, a grand tour of the Pacific Coast from Seattle to San Diego starting May 4, 2019! Flying the Beneteau flag this time will be our Swift Trawler 47, a more than worthy successor to the renowned 34.

She’ll begin her journey by cruising through the Puget Sound out into the world’s greatest ocean. One of the first things she’ll probably encounter are whales — a lot of them. The Pacific coast is the backyard for every sort of them from blue and grey whales to humpbacks and orcas. While our Swift Trawler 47 is whale watching, she’ll be cruising past the spectacular temperate rain forests and rocky shores of the Pacific Northwest.

After an overnight stop in Newport, OR, it’s on to California with stopovers in San Francisco, Monterey Bay, and Marina Del Rey among others. Our Swift Trawler 47 will shadow State Route 1 — the Pacific Coast Highway — cruising past Big Sur country and small but famous towns like Carmel and Bodega Bay. She’ll begin her final leg from Newport Beach to a triumphant arrival in San Diego on May 31, 2019, followed by a HUGE party that cannot be missed! 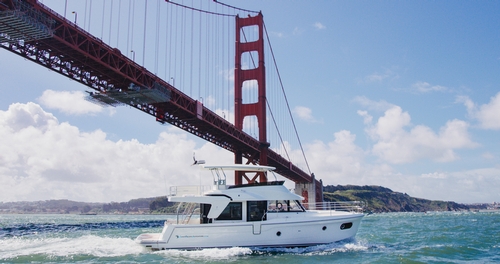 Under the Golden Gate

The Seattle to San Francisco voyage was the proving ground for the Swift Trawler 47. It was tested against the variable and often challenging conditions of the Pacific Northwest. After a brief layover in Coos Bay, Oregon, for a propeller fix (after hitting a submerged log), Swift Trawler 47 made way to San Francisco to join up with Doc White and Ocean Magic Productions film crew. 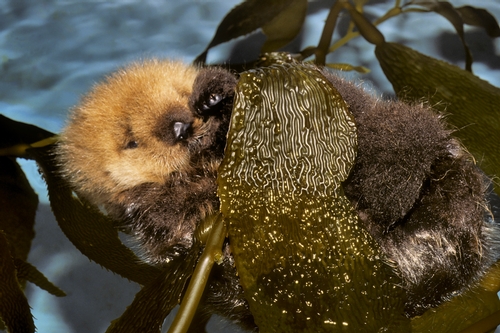 After powering under the impressive superstructure of the Golden Gate Bridge, ST 47 heads south toward Monterey Bay. Undoubtedly, the Swift Trawler 47's powerful twin Cummins 425 HP engines can slice through the Pacific swells and make a speedy passage over the 90 sea miles to Breakwater Cove Marina. This is a much anticipated stop-over for the Swift Pacific Adventure and Ocean Magic Team. 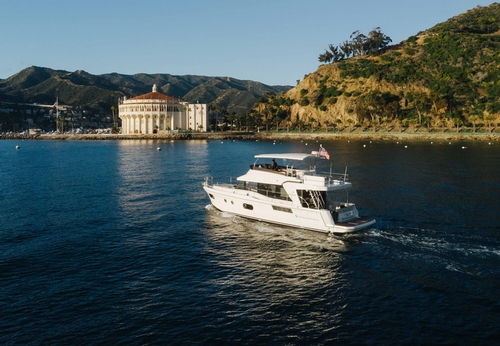 While it is always difficult to depart Monterey Bay and the marine wonderland that abounds in these waters, anticipation is high. Next Stop: Catalina and Santa Barbara Islands. 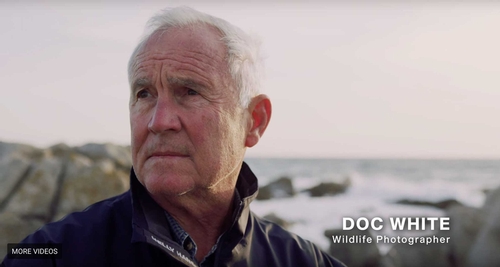